This section is available to publish obituaries and funeral details of alumni as they come to hand.

Should you become aware that an alumnus has passed away, please contact us with details so that we can publish the information for the benefit of members.

A suitable photograph can be included if available.

We have been advised of the passing of John Cawley on Sunday 31 January 2021.

'My dad, John Cawley, passed away on Sunday. He was a very quiet, unassuming man who grew up in country towns all over Western Australia as his school teacher father was posted around.

Very sadly Horace Billon has passed away at his home.

The following is from Connections magazine Issue 258, June 2020 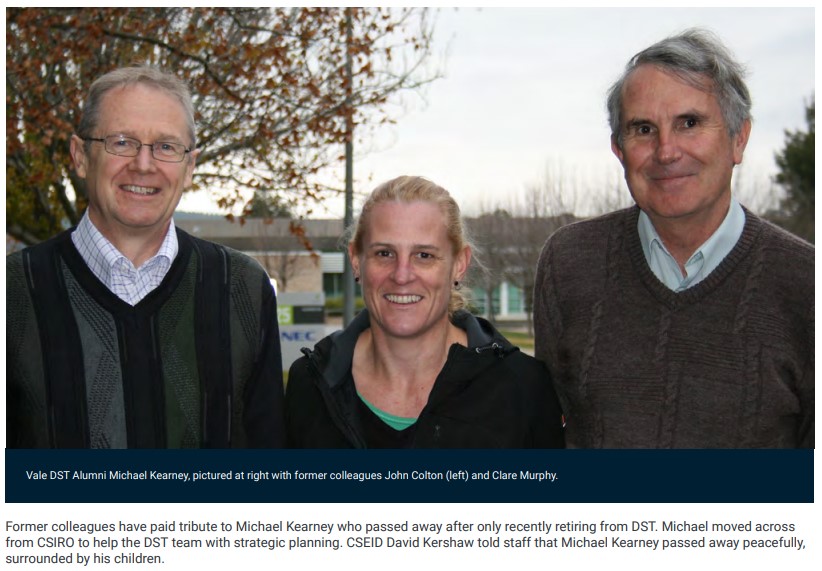 The following tribute is from Connections magazine Issue 257 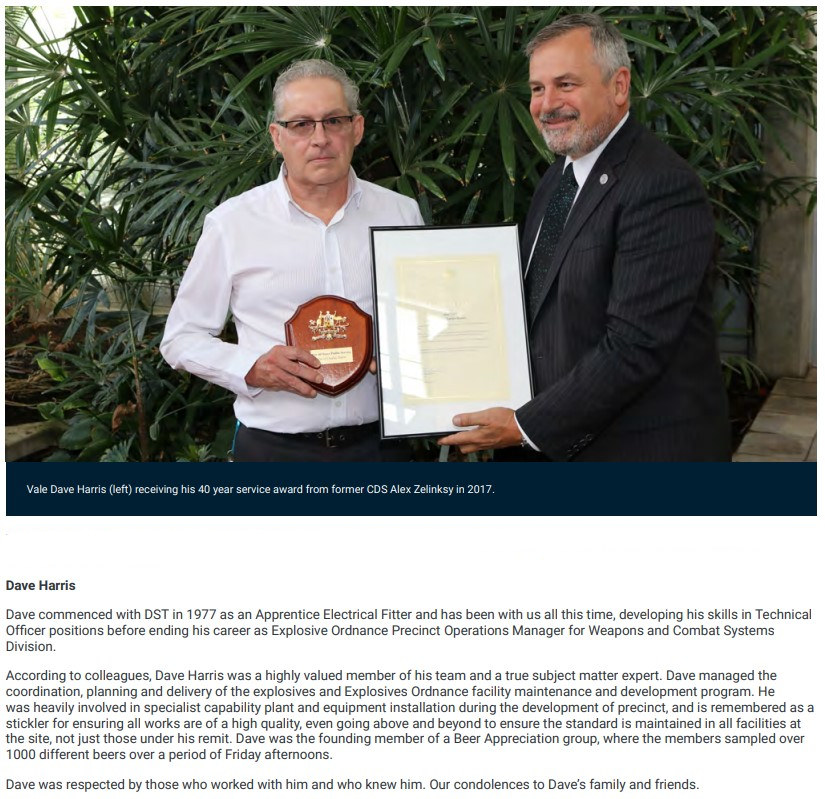 It is with much sadness that I inform you that Judy Blackburn – a DST and Defence colleague of many – has recently passed away after a long fight against cancer. Judy had an extensive career in Defence, in the RAAF and most recently in DST’s Defence S&T Program Office supporting technical risk certification and the Scientific Adviser-Joint Office.

Many of us will miss her smiling face and outstanding positivity. For me, she will be a reminder of what’s worth worrying about and what’s not.

Jan O'Reilly, who managed the production of DST's scientific and technical publications for over four decades, passed away recently.

Jan began her career in Defence in 1974 working in the library at the Maribyrnong site. During her time with DST, she was responsible for the development and support of the DST report template, the Style Guide, the DST Publications Handbook and other material to assist DST authors in preparing their reports.

Michael was a senior human factors research scientist with Aerospace Division. He had a PhD in cognitive psychology and decades of experience investigating ways to enhance warfighter performance, workload and situational awareness through effective interface design and training.

"We were very sad to receive news on Monday of the passing of Dr Michael Skinner of the Aerospace Division’s Human Factors Group. Mike died peacefully at home after a long battle with cancer.

Dr Hugh Crone passed away on the 3rd December 2018. Hugh, apart from being my uncle, was a Research Leader at Aeronautical and Maritime Research Laboratory (Maribyrnong, Vic). He retired from (the then) DSTO in 1997 after over 30 years of service.

Hugh’s  funeral will be held at 10 am Tuesday 18th December at the Montsalvat Arts Centre, 7 Hillcrest Avenue, Eltham Vic. Current and past DST employees are welcome. Please join the family for refreshments following the service

This announcement of his passing was posted in the Age today:

Dr Terry Moon passed away today, 20 June 2018, after a battle with cancer. The family is planning a private ceremony in Tasmania.