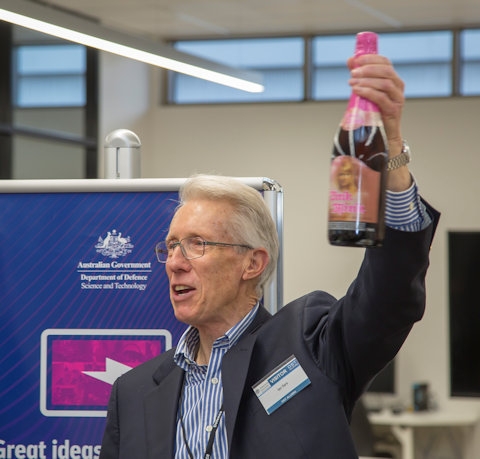 19th July provided the first opportunity for alumni to gather together since the revitalised Alumni was launched. In typically innovative DST fashion, however, the meeting was somewhat virtual in that it was held concurrently in two separate locations, Edinburgh and Fishermans Bend, linked by VTC.

In all, over 60 alumni took the opportunity to come along to the DST sites to interact with each other and DST staff (including CDS and other senior DST leaders) and to discuss the future of the Alumni.

Just prior to the Alumni meeting, Edinburgh attendees had the opportunity to be present at the opening of the new innovation and collaboration space in Building 203, The Hub. At its opening, The Hub was already being utilised, hosting a COTS-BOTS workshop that explored innovative ways to use commercial off-the-shelf robotic technologies in military applications. Alumni enjoyed interacting with the workshop participants, sharing ideas. 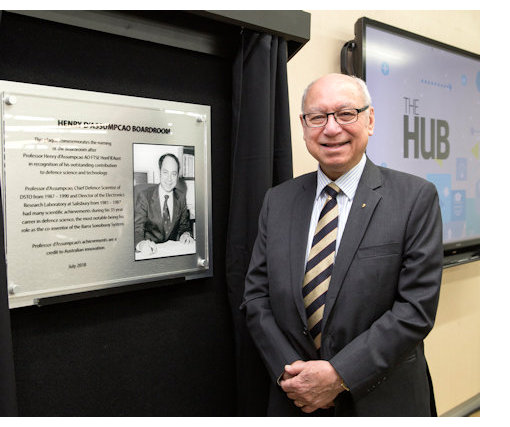 The Hub occupies the space of the former DST Edinburgh library, named after former Chief Defence Scientist Prof Henry d’Assumpcao. With the change of function, the opportunity was taken to bestow Prof d’Assumpcao’s name on the Edinburgh Boardroom in recognition of his leadership in DST. Following CDS’s introduction Henry was invited to unveil the commemorative plaque and say a few words. He spoke very engagingly on his time in DST and the extraordinary achievements of DST’s people, drawing parallels with the current environment and relating some of the hard decisions he had to take as CDS to keep the organisation relevant and focussed on Defence's future needs.

CDS then addressed the gathered alumni, with VTC feed to Fishermans Bend. He spoke of the value of the Alumni, both to its members and to DST, saying he was open to any ideas alumni had to engage with DST. He believes this network has strong potential to grow and he encouraged attendees to foster interest among colleagues.

CDS gave an update on DST’s current status within Defence and related initiatives such as the Next Generation Technologies Fund, and also its strategic plan, both the achievements of the plan recently closed and the new plan in development. Significantly, the new plan with be recognised as a Defence science and technology plan rather than simply a DST plan, testament to the level of integration of DST within the Defence organisation and the high regard for science and technology and for DST among senior Defence leaders.

Each site then continued with separate proceedings, with chiefs of division Dr John Riley and Dr Ian Dagley respectively speaking about the DST-Alumni relationship. Engaging technical presentations followed, and then discussion on the future of the Alumni and its activities. Fishermans Bend seemed to have a more light-hearted approach, judging by the photo of alumnus Dr Ian Sare with a bottle of Pink Mink!

There appeared to be general agreement by those attending that the gathering was very successful and bode well for similar activities into the future. There remain many who are not aware of the revitalised Alumni and its web site, so it is important that we all continue to spread the word, encouraging our colleagues to register.

Look for a further article in the next Connections magazine. 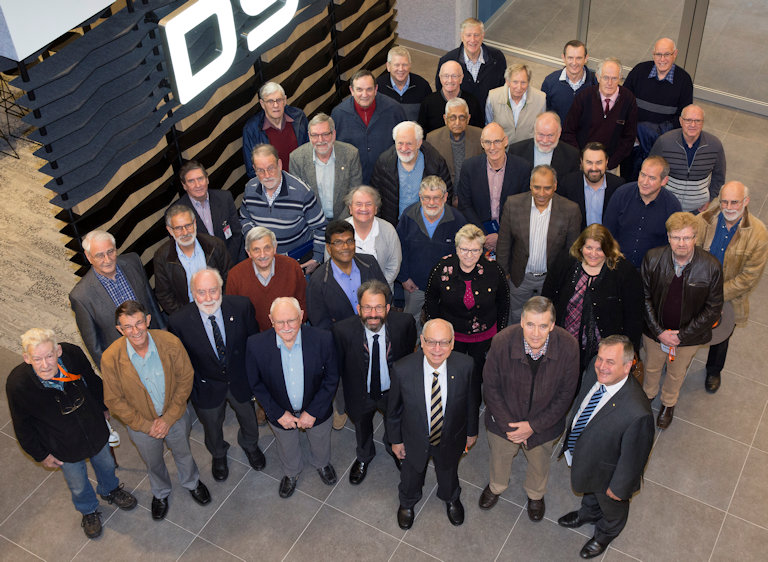 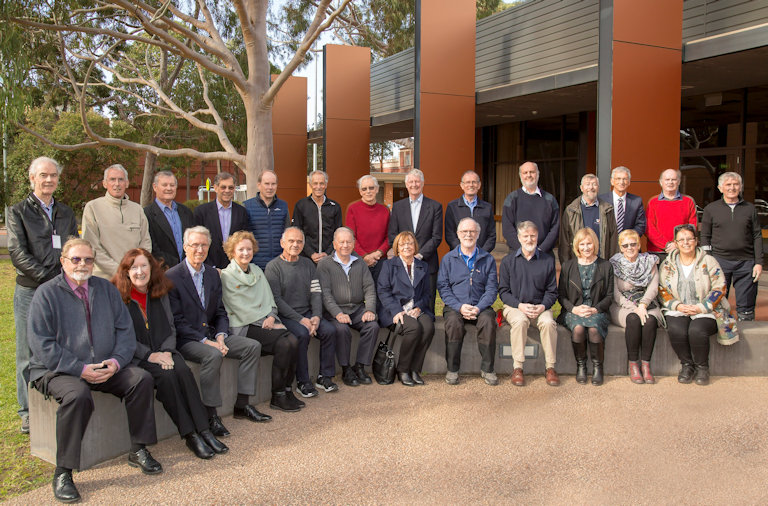